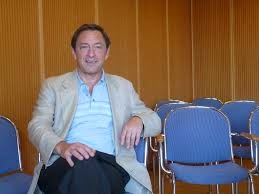 We are in the moment of crisis in the global transformation. The neo-liberalism that drove the disembedded phase of the transformation, known as `globalisation', sought to create a global market society in which principles of commodification were extended in every feasible sphere of life, including the educational system, family life, occupational development and social policy. It reached its moment of nemesis in the financial crash of 2007-2008, since when it has been staggering, opening up some ugly political scenarios.
Globalisation was a period of regressive redistribution, with income shifting in favour of capital, and in which various forms of inequality were intensified, while economic insecurity became pervasive. It created a risk society, in which risks and uncertainty were transferred to citizens, while being vastly increased. Crucially, a key tenet of the neo-liberalism was a perceived need to dismantle all forms of collective body and, thereby, all forms of social solidarity.
The subsequent crumbling of collective institutions of bargaining and representation was no accident; it was explicitly desired by the economists and others who were the spiritual guides and engineers of the globalisation era, notably Friedrich Hayek, Milton Friedman and their colleagues in the Mont Pelerin Society.
A neo-liberal market system is not the same as the liberal market economy envisaged by Adam Smith and others. It places primary emphasis on competitiveness and individualism. Collective bodies are depicted as anti-trust, inherently monopolistic and rent-seeking. But the drive to dismantle such bodies in the globalisation era had a deeply ideological objective, weakening the representation and bargaining capacities of vulnerable groups and groups wanting to moderate market forces.
The context of this paper is the aftermath of the three decades of globalisation, in which politics has been shaped by the class fragmentation that has taken place, and in particular by the emergence of a global precariat.
During the globalisation era, a process of class fragmentation took place that has posed a set of challenges for democratic governance. At the top, in terms of income, alongside traditional representatives of capital, an elite of absurdly affluent and powerful figures emerged as global citizens, able and eager to influence governments wherever they could. For several decades, the elite, stretching from the multi-billionaires in Silicon Valley to the oligarchs in Russia and Ukraine, encompassing the hedge-fund managers, property tycoons and so on, have dominated political discourse. No prospective prime minister or president in a European country has risked offending them, and almost all politicians rush to court them. This elite is effectively detached from any nation state and, unless it favours their long-term interests, is detached from national or local democracy.
In terms of income, wealth and political influence, the group that is below the elite and other representatives of financial and productive capital is the salariat, those with above average incomes but also with a wide array of enterprise benefits and long-term employment security. This group is shrinking and is under fierce attack, affected by the financial crisis, austerity packages and the extension of labour market flexibility into their ranks. 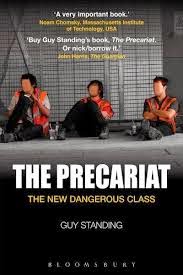 Below the salariat in terms of income is the old manual working class, the dissolving proletariat,… and below a new class has been emerging: the precariat. It is a class-in-the-making. It is internally divided, just as the proletariat was initially internally divided and in several respects remained so. Its internal division is what makes it the new dangerous class, and which makes an understanding of it so crucial to debates about democracy. Essentially, the precariat consists of millions of people who have insecure jobs, insecure housing and insecure social entitlements… They have no secure occupational identity, and do not belong to any great occupational community with a long-established social memory that could give them an anchor of ethical norms. Being urged to be 'flexible' and 'employable', they are induced to act opportunistically. Mostly they are denizens, not citizens, in that they have a more limited range of effective rights than citizens.
The precariat can be divided into three main `varieties'… The first variety are those who are drifting from working-class backgrounds into a zone of precariousness, the second, those emerging from the schooling system over-credentialised for a flexi-job life on offer, and the third are the denizens, migrants and others, such as the criminalised, who are in a status that denies them the full rights of citizens…
Those who believe in democracy must confront two ugly trends — the commodification of politics (and politicians) and the thinning of democracy. The thinning of democracy refers to a trend towards less active involvement in political activity, notably in participation in political parties… And it is reflected in the low percentage of young people bothering to vote, thereby shifting the median voter to the elderly, which in turn induces many politicians to favour them. Those politicians observe that it is mainly the elderly and the middle-class that votes, and so they pander to their norms.
The thinning of democracy also refers to the shrinking spheres of democratic governance, including the transfer of many issues from political control to control by experts or interests which happen to be favourable to powerful groups in society. 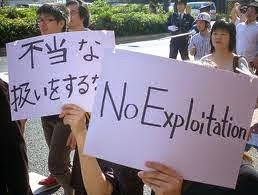 In brief, there are three directions in which factions in the precariat could turn. We might characterise these as atavistic-populist, anarchic detachment and idealistic-progressive (or utopian-progressive). Across Europe, each of these is gaining ground.
The atavistic-populist trend is displayed in the growing support for neo-fascist parties and populist demagogues, in which elements of the elite have played on fears among national precariat groups to depict govemment as alien and to see `strangers' in their midst (migrants, the Roma, Muslims, etc) as the immediate cause of their insecurity. The anarchic detachment mode is displayed in anomic, anti¬social behaviour, in the fires of England's cities, in social illnesses and a loss of faith in politics in general. The idealistic-progressive direction is displayed in the Euro May-Day parades that have taken place in at least 25 European cities in recent years. Sadly, so far, the mainstream media, international bodies, mainstream social scientists and political leaders have not been listening to this third stream, or have given the impression that they have not heard…


I would like to suggest three policies, which must be developed from the perspective of the precariat, all of which should… revive or enhance deliberative democracy…

At present, many in the precariat are systematically denied entry to many occupations, and are denied avenues for social mobility. For instance, qualifications gained somewhere are not recognised for entry to a craft or profession in other places. Overall, systems of state regulation of occupations have been quietly blocking social mobility for those entering the lower rungs of occupations. We need to establish Europe-wide social principies of regulation based on values of social mobility, social solidarity and social equity with the voice of the precariat involved in every aspect of the democratic governance of work…
The way to arrest this drift to social engineering is to demand that the voice of those most subject to the steering and most in need of assistance should be firmly inside the agencies and institutions responsible for social policy. At the moment, we are seeing the opposite, with the privatisation and commercialisation of social policy. We need a movement for the democratisation of social policy…
People who are chronically insecure make bad democrats. Psychologists have taught us that people who are very insecure lose a sense of altruism and a sense of social solidarity; they also become intolerant and thus prone to support discriminatory and punitive measures against `strangers' or people who are presentable as not-like-me.

The proposal is that we should work towards giving everybody in European societies basic income security, through provision of universal monthly grants for all citizens. This is the only way of providing basic security in an open market economy; social insurance cannot reach the precariat, and means-testing assistance leads remorselessly to coercive workfare. What is needed is a universal basic income as an economic right. Such a universal stabilisation grant, with tax clawed back from the affluent, would pump money into the economy in recessionary periods and withdraw it during economic booms.
While the grants should be unconditional and universal, there should be a moral condition attached to them, which is that, on signing on to become entitled to receive the grant, each person should sign a moral commitment to vote in national and local elections and to participate in at least one public local meeting each year, at which all registered political parties could be represented and be quizzed by the public.
The justification for this… is that we are suffering from a growing deliberative democracy deficit, and need to find the means of shifting time from labour, consumption and play to political participation. Deliberative democracy in which the precariat plays an integral part is essential if social cohesion in Europe is to emerge. We are a long way from that. The inequalities and divisions across Europe are destabilising as well as socially and economically unjustifiable.
Unless the cries from the precariat are heard and incorporated into a new politics of paradise, the stirrings that have been heard and seen in the streets and squares of Greece, Spain, England and elsewhere will only be the harbinger of much more anger and upheaval. Extending deliberative democracy could be a means of defusing the tensions that are building up. 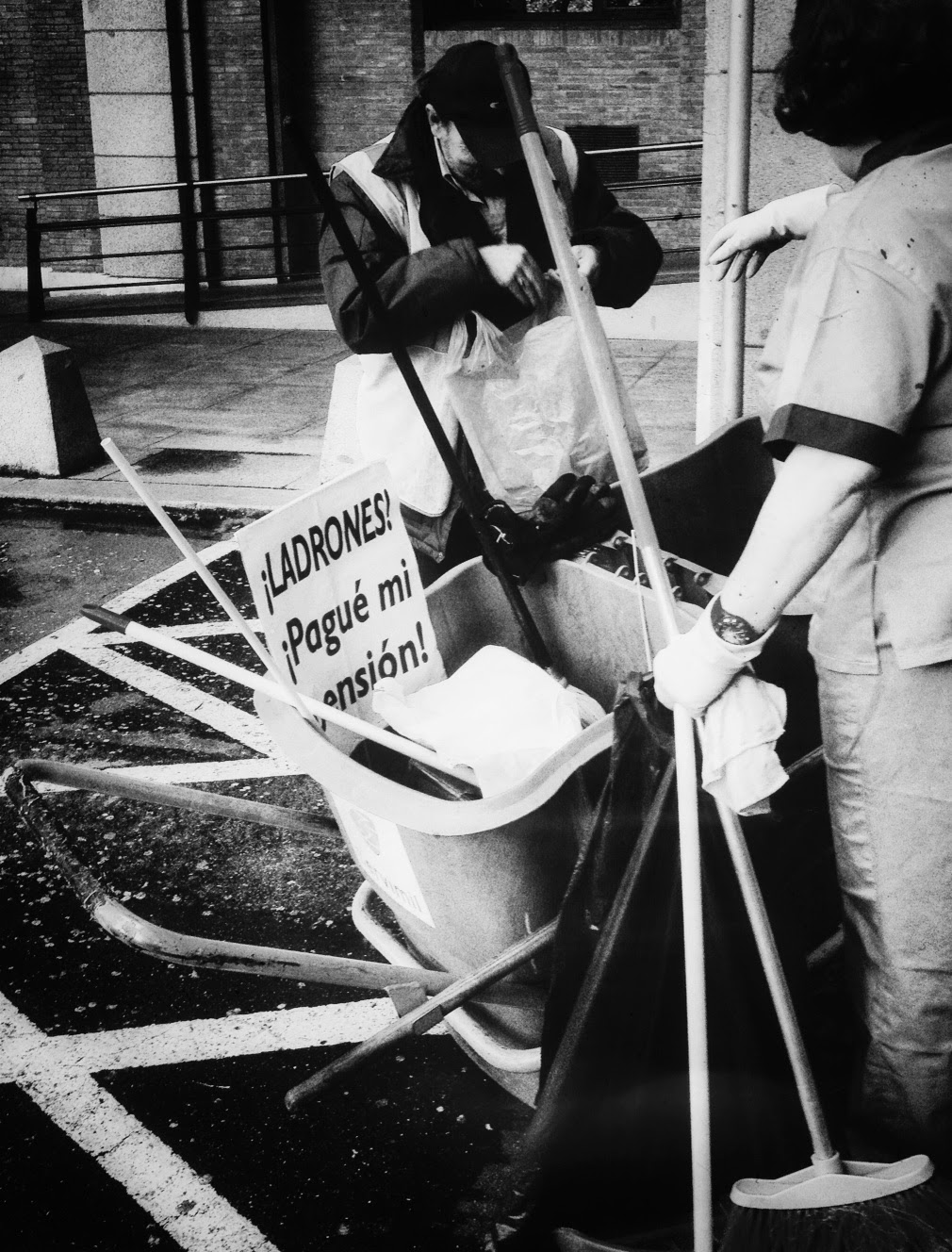